This week I had the great opportunity to know what gender a couple was expecting before they did.  Liz the lovely momma had an ultrasound that morning and had the tech put the baby’s gender on a piece of paper in an envelope.

Liz, her adorable toddler and I all met up at the park and captured some great pictures.  We did both boy and girl shots, and used white balloons so that I had both options to work with.

After that I got to peek in the envelope, emailed Liz’s brother the gender and headed home to make a gender reveal collage.  The couple flew out to see family out East and between the picture and a cake that had been colored blue inside (courtesy of Liz’s brother) they found out that their little girl was expecting a little brother.  Now they have the joy of preparing for a little man to join their family. 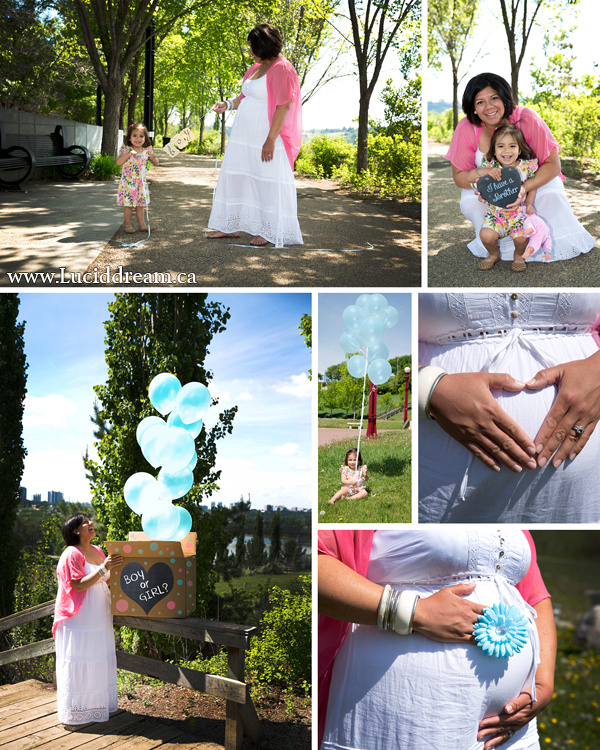 Surprise your having a BOY!!Liz and her little girl discover that a little brother is on his way.