Ashley and Kent hired me to be their doula and also to capture some of the special moments during their son's birth. Here is my version of little Zephyr's voyage to join his parents:

On May 23, at 7:20 pm Ashley and Kent were just sitting down to a fat burger meal when Ashely’s water broke.  She rushed off to the car and sent me a text while Kent got their food packed up to go.  Ashley and Kent went home and proceeded to relax while watching Frozen.  At 10:30 pm they went to get assessed at the hospital and were found to be 3cm dilated and 75% effaced.  Against hospital suggestions they went to Ashley’s mom’s house to labor in a more peaceful relaxed environment.

Around 1am things picked up a bit and by 1:30am Ashley had said “goodbye” to the fat burgers they had eaten.  As things were getting more serious Ashley was no longer able to sing through contractions and they made the decision to meet me at the Sturgeon hospital in St. Albert.

We met and they checked in to “Chateau Sturgeon“ at 2am.  By 3am they were settled into their room and Ashley was 5cm dilated and still doing amazingly.  She was in great mood and both she and Kent were still able to joke between contractions.  Kent’s support was awesome.  His loving comments and care helped Ashley through each contraction.  Kent worked hard applying counter pressure and massage so that Ashley could focus on bringing baby Zephyr earthside.

At 4:00 am Ashley was laboring standing up leaning on the hospital table while Kent applied pressure to her back. Then it came time to check baby’s heartbeat again and two nurses took a bit to find him.  Ashley got on the bed to help them and it turned out the little guy was so much lower than anyone expected at that point; and with Ashley being a first time mom (Labors are usually slower with longer pushing times) they held off on contacting the Dr. to come in.   At 4:30 am Ashely was assessed as fully dilated and ready to push. Ashley and Kent’s love was obvious with each contraction and the joy of seeing his little boy crowning had Kent glowing.  Ashley had reached down and touched their little ones head and she let out a little "oh" of surprise and was so excited.

Ashely was such a great first time laborer that with 41 minutes of pushing their little boy literally flew into the world.  One minute she was pushing and he was starting to crown and with the next push he shot out; head, shoulders and full body shot out into the waiting nurse’s hands with one push.  The Dr. never made it for the labor, arriving sometime later to check in on Ashely.

“True” labor is measured from when active labor starts… so she labored for roughly 3 hours, which is great for any mom and amazing for a first time mom. 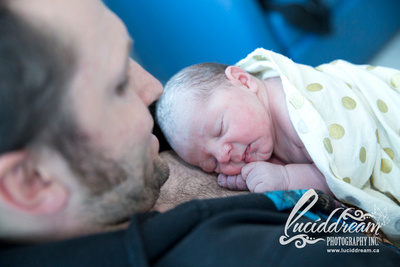 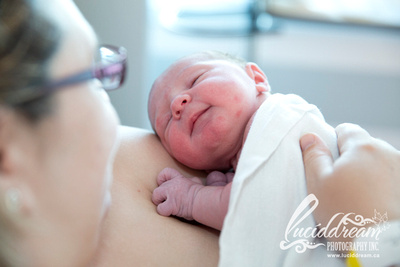 Congratulations Ashley and Kent, thank you for having me as your doula.  Experiencing your story and seeing your little one “fly” into the world was a great honor. 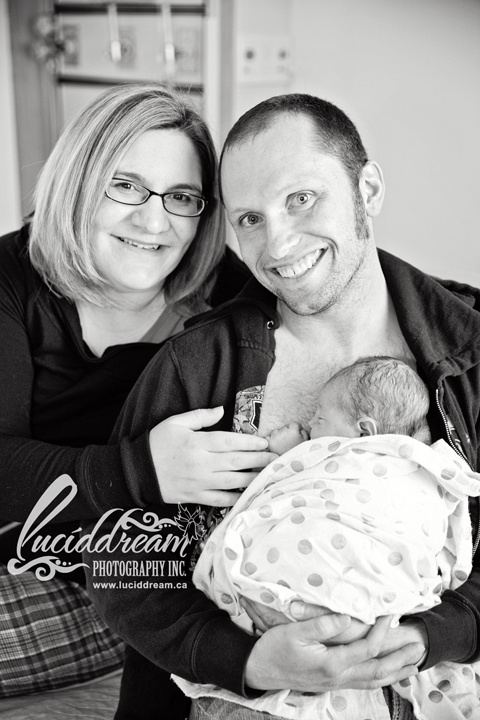 The long awaited video of this lovely couples son.  As their doula first and photographer second, images start after little Zephyr came earthside.

If you have problems viewing the video, please click Here